A cookie is information stored on your computer by a website you visit. Cookies often store your settings for a website, such as your preferred language or location. This allows the site to present you with information customized to fit your needs. As per the GDPR law, companies need to get your explicit approval to collect your data. Some of these cookies are ‘strictly necessary’ to provide the basic functions of the website and can not be turned off, while others if present, have the option of being turned off. Learn more about our Privacy and Cookie policies. These can be managed also from our cookie policy page.

IE10 and below are not supported.

Kawartha Lakes – At the June 15 Council meeting, the proposed connection route for ATV trail access in Lindsay was brought forward and a decision was made by Council to seek additional feedback on the route from residents before approving the pilot program.

The proposed route, which runs from Logie Street to Thunder Bridge Road, is only to be used by ATV riders as a connecting link between the Victoria Rail Trail Heads. Council has made it clear that no other off road vehicles, such as dirt bikes or side by sides, will be permitted on the connecting route. In addition, ATVs will only be permitted on the route in Lindsay between May 1 and December 1 and only allowed between the hours of 7am to 9:30pm. ATVs will be subject to a 20 km/hour speed limit.

The recommended route in Lindsay is outlined below: 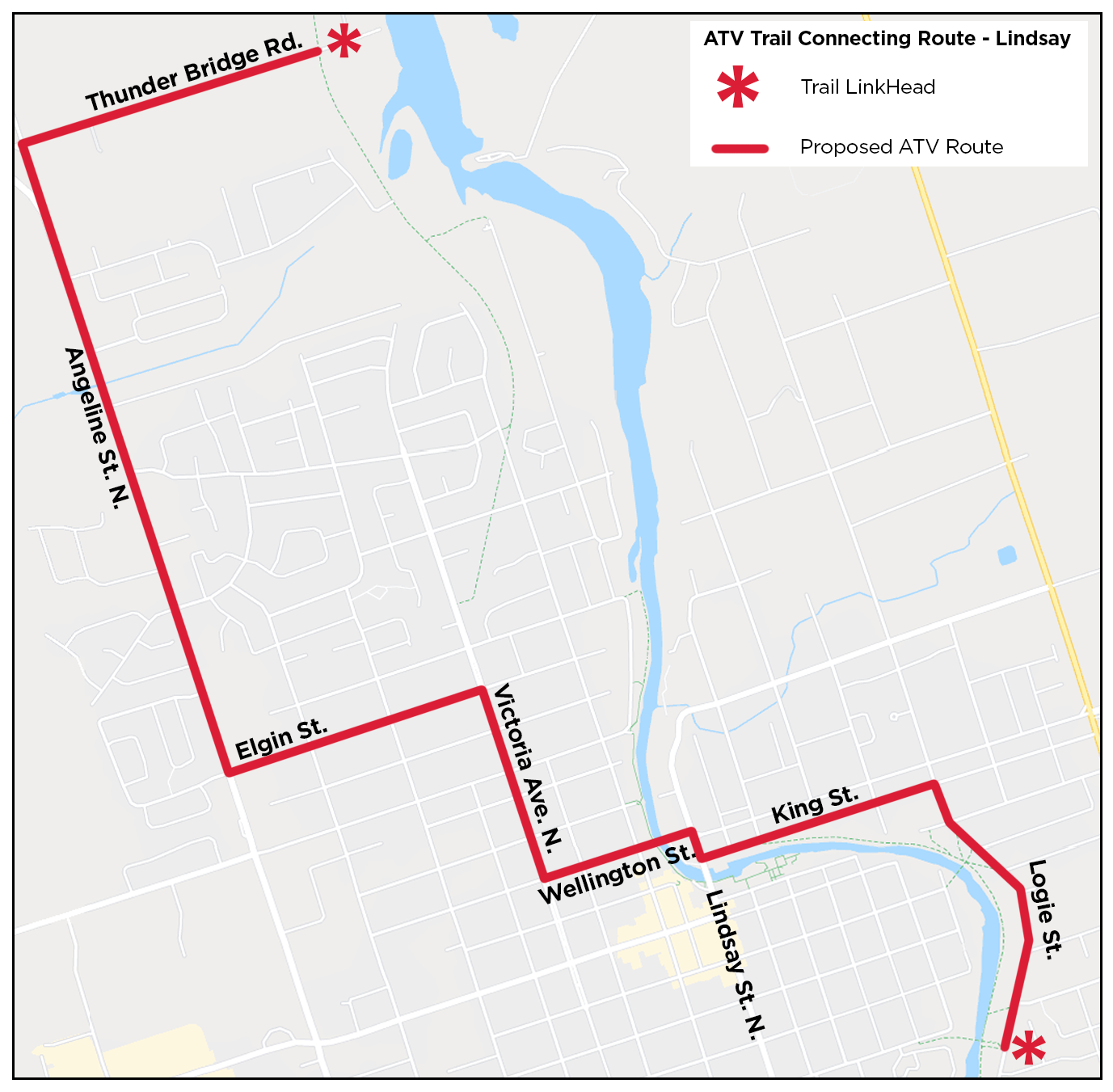 To receive clear feedback, Council has designed a short survey. The survey is available online or as a hard copy at the Lindsay Service Centre until July 30, 2021. All feedback, especially from residents who live within the impacted areas of the proposed route, is encouraged and will help Council determine the best course of action. In September, Council has committed to discussing the proposed route in Lindsay, as well as exploring other options for off road vehicle access across the municipality.